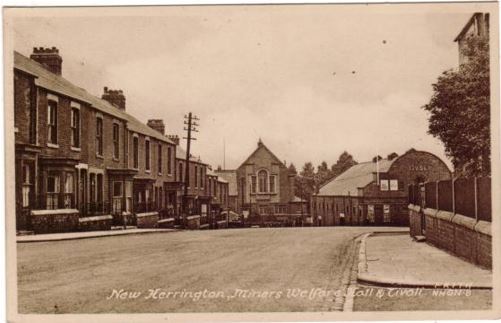 Located in New Herrington, near Houghton le Spring, County Durham at the intersection of the A182(Philadelphia Lane) & the B1286.

The Plaza Cinema was opened by around 1918 adjacent to the Miners' Welfare Hall. It had a 24ft wide proscenium and was later equipped with a Western Electric(WE) sound system. The building is on a steep slope and the entrance was at balcony level, with stairs down to the stalls.

By 1939 it was operated by Fencehouses Palace Ltd. and they were still the operators in 1958. It operated into the late-1960’s and has since been demolished with the site now in use as a parking lot.

The Miners' Welfare Hall still stands, in use as a storage facility, a youth training hall and a bicycle store.