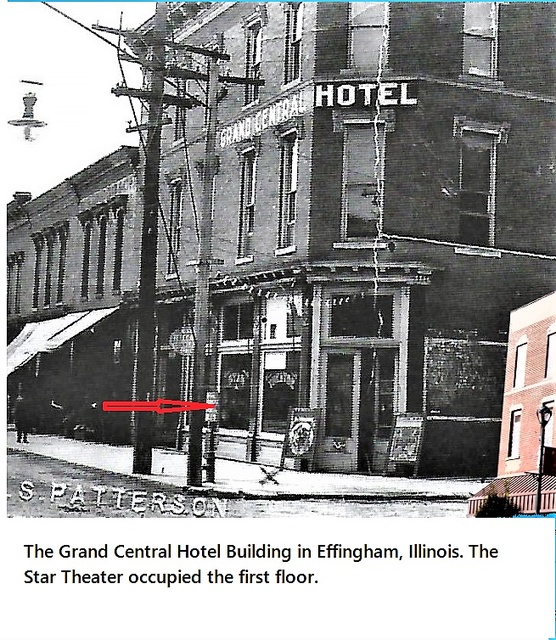 On the 1906 Sanborn map, the building at this address was a hotel and the space which became a theatre was office space. The 1911 Sanborn shows a ‘picture theatre’ operating in the ground floor of the Grand Central Hotel. The theater was located in the eastern half of the building, right on the corner with N. Banker Street. Listed as the Star Theatre by 1914, it had closed by 1926.

Like most of the rest of downtown, the building had been ill-treated over the years, and all of the ornamentation has been stripped off. The ground floor is now home to an outdoor store.

I don’t know why the sentences in my submission needed to be moved around. In 1906, the building was still the hotel, which was built sometime between 1893 and 1898. I was just stating that the space which became the theatre was offices in 1906.