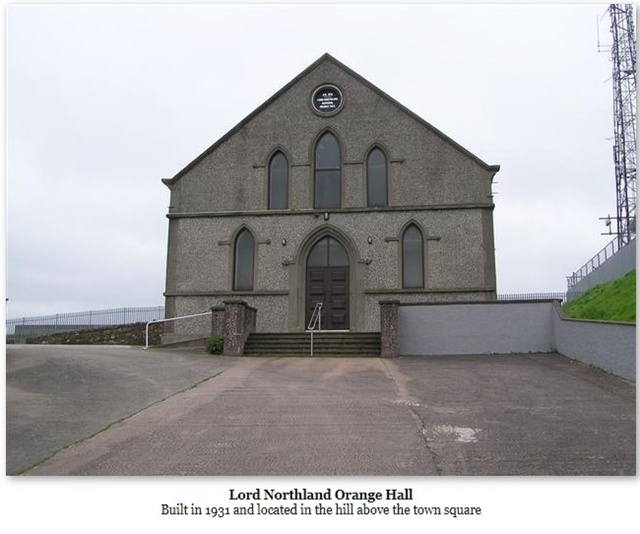 Although the address of this cinema in Dungannon, County Tyrone, is Market Square, it was housed in a memorial hall that actually overlooks the square.

The Lord Northland Memorial Orange Hall, commemorating a former Worshipful Master of Killyman Orange District who gave his life in the service of his country during the First World War, was built in 1931.

In the 1940’s and 1950’s, Sydney Eakins took a lease on the hall and ran it as the Viceroy Cinema. However, perhaps not surprisingly, bearing in mind the competition from the established Castle Cinema and Astor Cinema, this was a fairly short-lived venture.

Precise dates of opening and closing are not known. However, the Viceroy Cinema is only listed in the Kinematograph Year Books from 1948 to 1959. (I have been not been able to confirm whether it was in the 1960 edition, but it was not in the 1961 edition.)