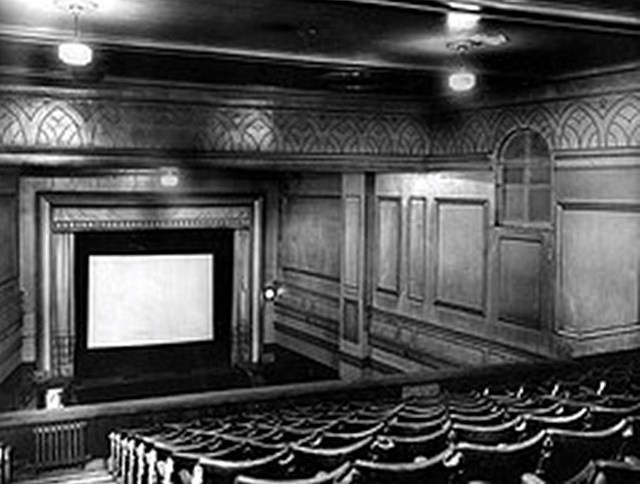 Located in the inner-city district of Edge Hill. The Paddington Palace of Varieties was opened as a music hall on 2nd September 1890 by James Kiernan. A year after its opening it was enlarged to seat 650. It had a narrow auditorium, which had boxes adjacent to the slim, tall proscenium. In 1910 it was converted into a cinema and re-named Coliseum Picturedrome and leased to Weisker’s Picture Palaces Ltd.

In 1926 it was closed and was taken over by the Regent Enterprises Ltd. circuit. Extensive alterations were carried out which included the removal of the boxes and the gallery, and the insertion of a 300-seat balcony. The total seating capacity was increased to 876. It re-opened as the New Coliseum Picture House on 18th November 1926 with Joseph Schildkraut in “His People”.

It was later equipped with a RCA sound system and in 1935 it was taken over by the Associated British Cinemas(ABC) chain. By 1944 a British Thomson-Houston(BTH) sound system was installed and the cinema was also presenting occasional variety acts on its stage. CinemaScope was installed in October 1955, but the narrow proscenium did not do justice to this wide-screen medium, as the top masking had to be lowered. ABC closed the New Coliseum Picture House on 1st December 1956 with Jane Wyman in “Miracle in the Rain” & Tony Curtis in “The Square Jungle”. The building stood empty and unused for a while until it was eventually demolished.