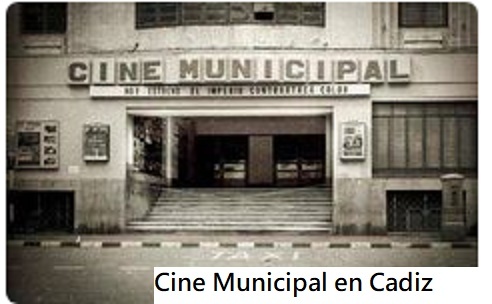 Located in the city centre. The Cine Municipal was opened on 15th October 1932 with Conchita Montenegro in “Marido y Mujer”(Husband & Wife) a Spanish language version (with new cast & crew) of the 1931 Frank Borzage directed movie “Bad Girl”. Seating was provided in orchestra, mezannine and balcony levels. Lighting in the auditorium was via a series of troughs which contained concealed lighting. On each of the two side-walls were four stenciled murals depicting Spanish dancers in traditional dress. An unusual feature was that there were 4-sets of double doors beneath the screen which served as exits.

The former Cine Municipal is an up-market clothing store in 2019.