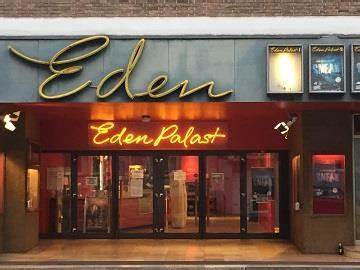 In 1896 the first movie screenings in Aachen took place at the Eden Varity Theatre as part of the variety show. In 1907 the Eden Varity Theatre was transformed into a cinema named Kinephone Kinema and in 1909 it was re-named Eden Theater. In 1928 it was re-named Eden Palast. In 1937 the building was demolished and a new 900-seat Eden Palast was opened. It was destroyed in 1941 by Allied bombs during World War II.

In 2020 arthouse movies and movies in their original English versions are screened.