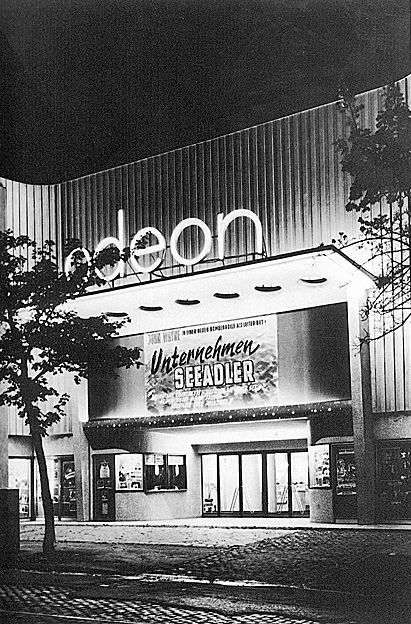 The Kurtheater was opened in 1950 and was operated by the Herbst Theater AG. In 1953 it was re-named Odeon Filmtheater and was operated by Lichtspieltheater Offermann & Co KG. The seats were by Stussel. The FP 6 projectors were by Phillips. In 1956 CinemaScope and 3D was installed and a 4-channel stereophonic sound system was added. In 1961 it was taken over by Emil Kleine Brockhoff.

The cinema was closed around 1970. It was later used as a supermarket and was later demolished.