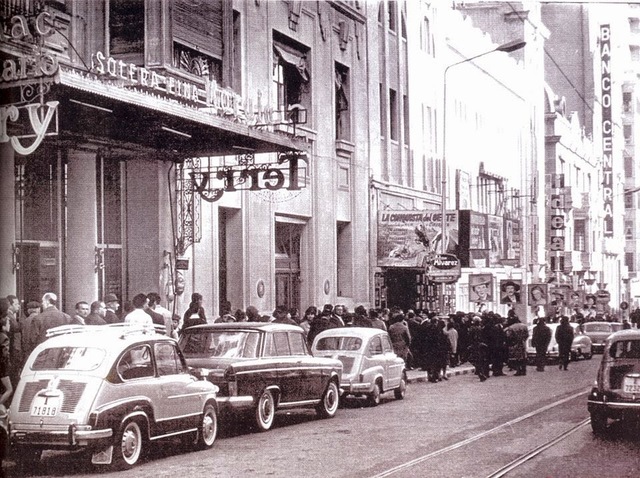 A single screen cinema with a lovely facade situated in a pretty area of Alicante just across the road from the wonderful Teatro Principal. The Cine Ideal was opened in October 1925. Seating was provided for 2,500 in orchestra and two balcony levels.

When viewed in 2003 it had very recently closed. Around the back of the building however were some very serious looking cracks in the masonery which would suggest that the building may well be up for redevelopment. In October 2019 it was planned to convert the building (which is listed) into an 80-rooms hotel.