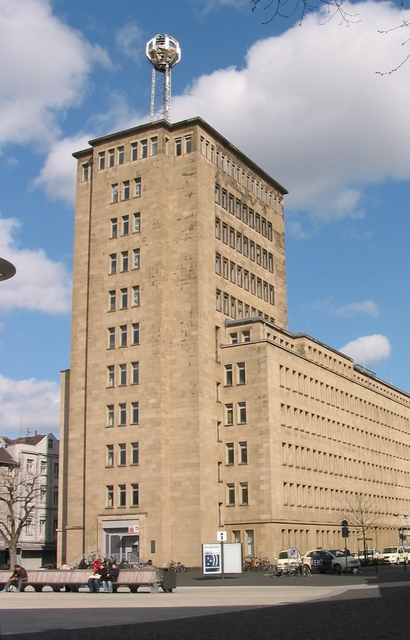 Located in the city centre. The Capitol Film und Buhne theater was part of the Haus Grenzwacht and opened in 1930. It was operated by the Emelka Theater AG and was designed by architects Emil Fahrenkamp and Jacob Koerfer. The size of the screen was 10 x 16 meters and the sound system was by Klangfilm. The theater contained an organ by M. Welte und Sohne and there was space for an orchestra.

Around 1940 it was taken over by the Ufa Theater AG chain, based in Berlin. In 1944 the Capitol was destroyed by Allied bombs during World War II. After the war the Haus Grenzwacht was repaired and is still in use in 2020. The cinema was not repaired.

In 1958 a new Capitol Kino replaced the Capitol on a different site. In 2014 it was re-named Capitol Lounge Kino and has its own page on Cinema Treasures.