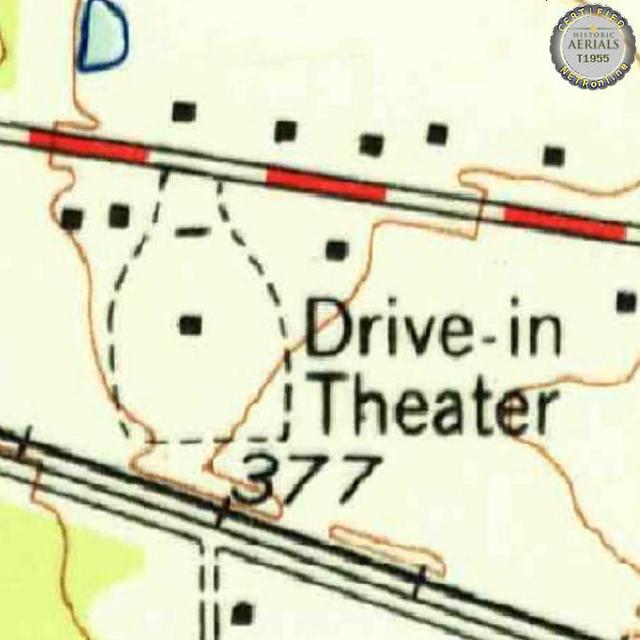 A 1955 topo map showed a drive-in west of New Boston, south of US 82 and west of T and P Lake. The drive-in was still intact in a 1964 aerial photo, but had been replaced by a highway interchange in a 1970 aerial photo. Nothing remains of the Starlite Drive-In today.