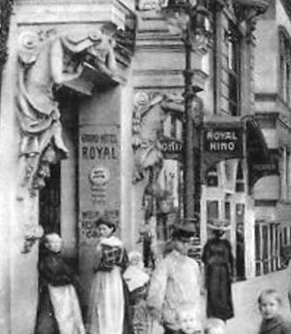 The Horten Department Store now stands on the site.