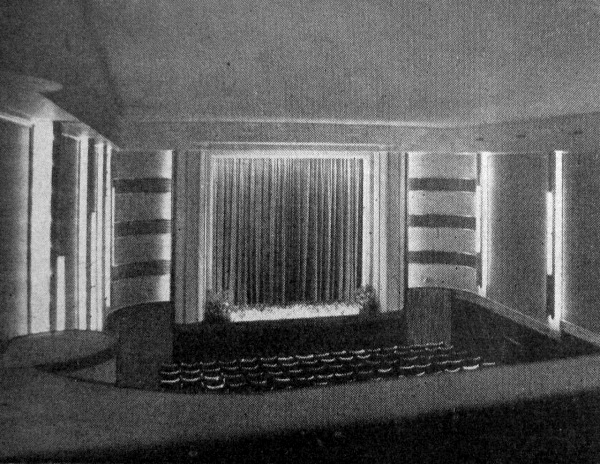 The Atrium Film Theater was opened in 1906 and was operated by Erich Menz & Heinrich Jaeck Filmtheaterbetriebe. It was demolished by Allied bombs during World War II.

In 1945 after the end of the War it was rebuilt and re-named Neues Atrium Film Theater. The E VII projectors were by Ernemann and a Klangfilm 4-channel stereophonic sound system was installed in the mid-1950’s. The seats were by Schroeder & Henzelmann. The cinema was closed around 1971.

Erich Menz & Heinrich Jaeck also operated other cinemas in Essen: Germar Palast, Alhambra, Burgwall, Capitol, Filmpalette, Astra, Suedtheater, Lichtburg and Ruhrland Studio Filmtheater, all of which have their own pages on Cinema Treasures.