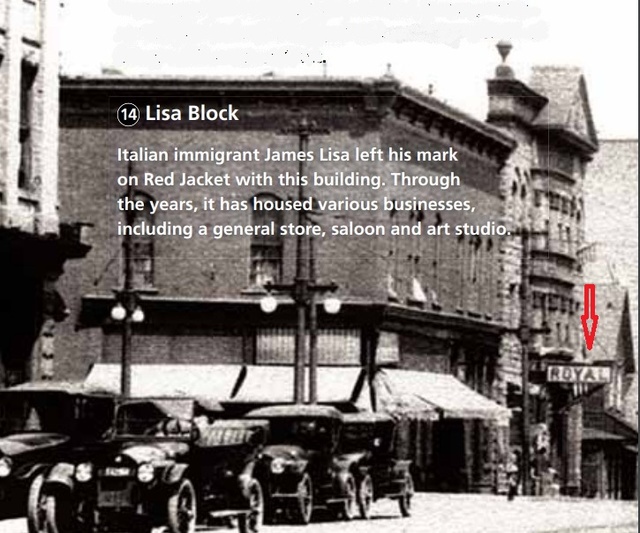 The building that housed the Royal Theater was commissioned in 1898 by Edward J. Ryan, then President of the First National Bank of Calumet and designed by Charles K. Sand, a local architect. It had two storefronts in the first floor and apartments on the top floors. The Royal Theater operated from 1909 until 1931 on the left side storefront. The right side was occupied by the Post Office for a period of ten years. After the Royal Theater closed, the left side was occupied by the Daily Mining Gazette, and after the Post Office moved to a different location, the right was used by the Peninsular Gas Company, still present in the site. Building still in use.