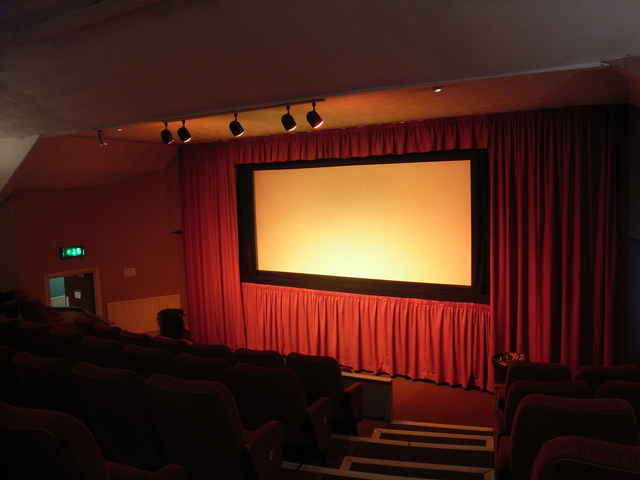 One of the oldest cinemas in Britain, the Picture House in Keighley screened its first film on 10th May 1913.

It has changed somewhat since that time when in addition to film fare it’s small stage was sometimes pressed into use for variety - and later on, pop concerts. The cinema has been modernised on more than one occasion.

It originally seated 866, divided between stalls and a single balcony and was an independent cinema until it was acquired by Essoldo in 1954 and later passed to Classic Cinemas who twinned the cinema in the mid-1970’s.

It eventually closed in 1991 but was reopened, still as a twin screen operation, by a small circuit - Northern Morris Cinemas - who have continued to make improvements to the 308 seat screen 1 and the 93 seat screen 2 including the installation of pullman seats throughout, Dolby Surround sound and air conditioning in screen 2.

Here is a pretty photo taken of the screen tabs in screen 1.

A few pictures, including interiors of both screens, taken in April 2010 here:–

Unusually the cinema has a poster display of current films in the Airedale Shopping mall inside a frame. My photo will not load.