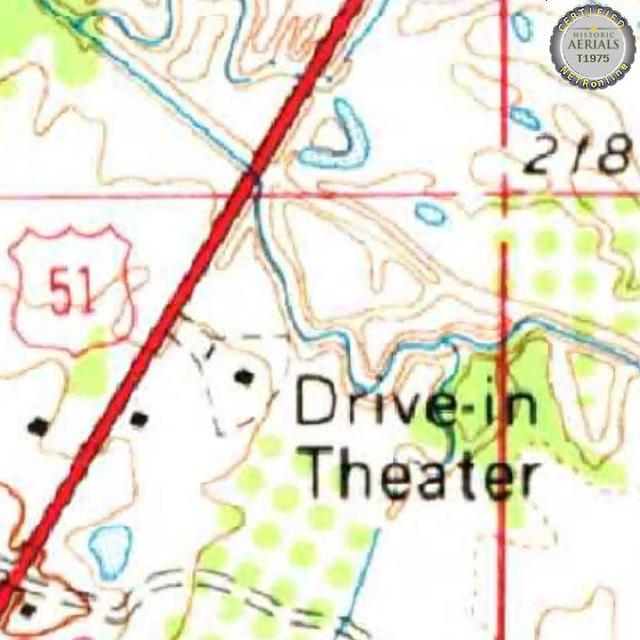 The Starlite Drive-In opened on Highway 51 South in 1955.

An aerial photo from 1955 shows a completed drive-in on US 51 about a mile and a half south of Canton, so perhaps the Starlite’s May 2, 1957 program of “Attack” and “Star of India” was just the season opener?

The site was still outlined in a 1975 topo map, but it was completely gone in a 1982 aerial photo. (That didn’t stop a 1987 topo map from continuing to include its outline, which shows that you can only trust topo maps so far.)

Nothing left of the old drive-in, apart from the entrance road. It would not surprise me if this drive-in closed well before 1975. Topo maps are indeed not very trustworthy.