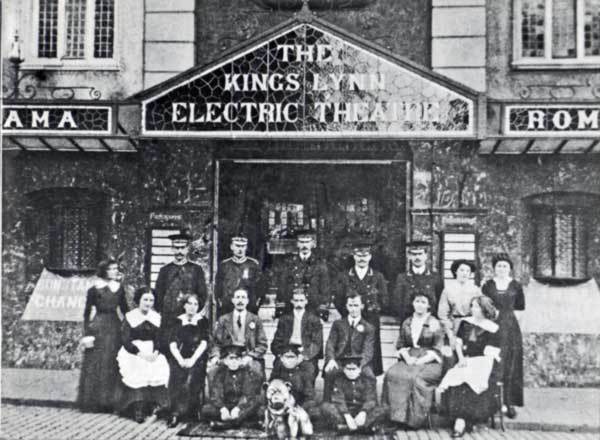 In King’s Lynn, Norfolk, F. H. Cooper brought this cinema to the town. A young estate agent from Wisbech, he had become smitten with moving pictures after going to a fairground cinema show.

Situated next to the cattle market car park, the Electric Theatre opened on 23rd September 1911 with the slogan “The Most Comfortable Hall in the District”.

The cinema’s last pianist for the silent films, Dorothy MacDonald, once recalled “Sometimes I had a sheet telling me what music was required, otherwise I made it up myself. I played for a lot of serials, keeping one eye on the music and the other on the screen”.

During the war, the building was used as an army barracks. It was then used by L. E. Taylor’s, motor engineers, before being demolished in 1969 as part of a town redevelopment.