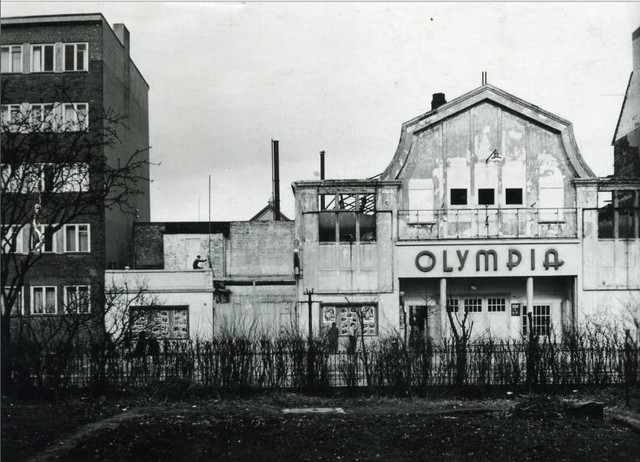 Located in the city centre district of Uhlenhorst. The Bach Theater was opened in 1912 and was operated by F. Lehmkuhl. It was equipped with a Klangfilm sound system in 1931. In 1932 it was taken over by Helene Flick and was re-named Primus-Palast. The size of the stage was 6x8 meters. In 1938 it was taken over by Helene Meininger and it was re-named Olympia-Palast. In 1943 the cinema was badly damaged by Allied bombs during World War II.

In 1948 the cinema was rebuilt to the plans of architect Robert Bauer. The new Olympia Palast was operated by Walter Schulrich. In 1956 CinemaScope was installed and the screen measured 7x18 meters. A 4-channel stereo sound system was installed. The FH 99 projectors were by AEG and Frieske & Hoepfner. In 1968 a second screen was added which had 200-seats and was named Bambi.

On 6th March 1978 the Olympia Palast & Bambi were closed and the building was demolished in 1987.