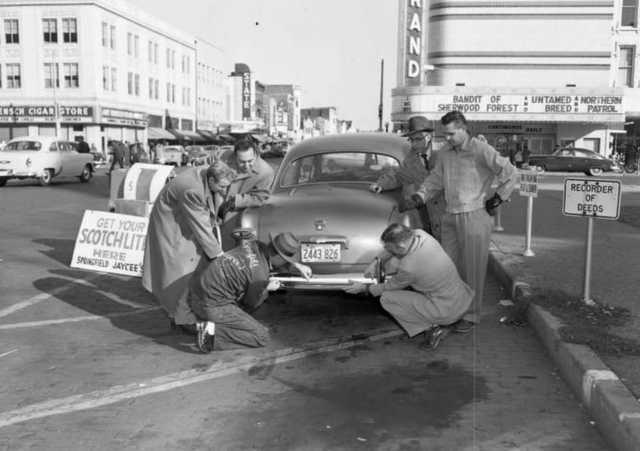 The State Theatre was opened in 1937, across the street from the Strand Theatre. It was the first movie house to open in Springfield built for sound movies. It was closed in the late-1950’s.

It had been demolished by 2006 and the site is now a parking lot.