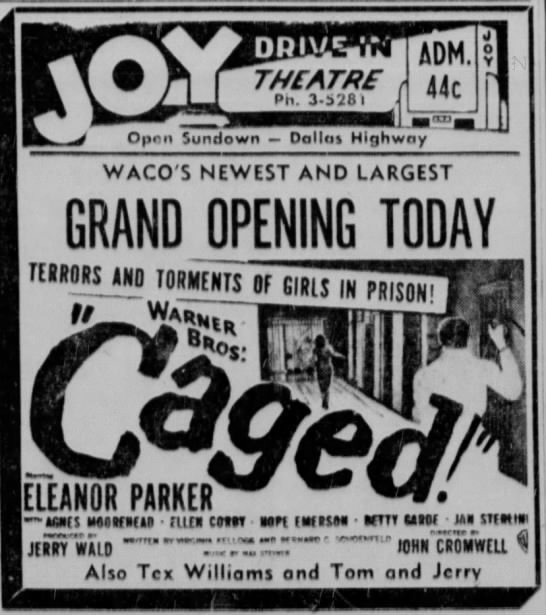 The Joy Drive-In opened on September 23, 1950, per a feature story in the Waco News-Tribune. It claimed to have the largest tower and screen in Texas, 45 feet above the ground, and the projection throw was 452 feet, “one of the longest in the world”.

The drive-in held 700 cars and had a large patio with tables and chairs seating 200. The architect was Bradford W. Stevens, who also designed the tower’s neon lights, which included the letters ‘JOY’ 17 feet high.

The Joy Drive-In was the eighth built by the Houck chain in 1950. It was headed by Joy N. Houck and managed by E. C. Houck. The opening program was “Caged” with Eleanor Parker and Agnes Moorehead, plus a Tom and Jerry cartoon and “Tex Williams”.

The Joy Frive-In advertised in the News-Tribune through at least the end of the 1977 season.