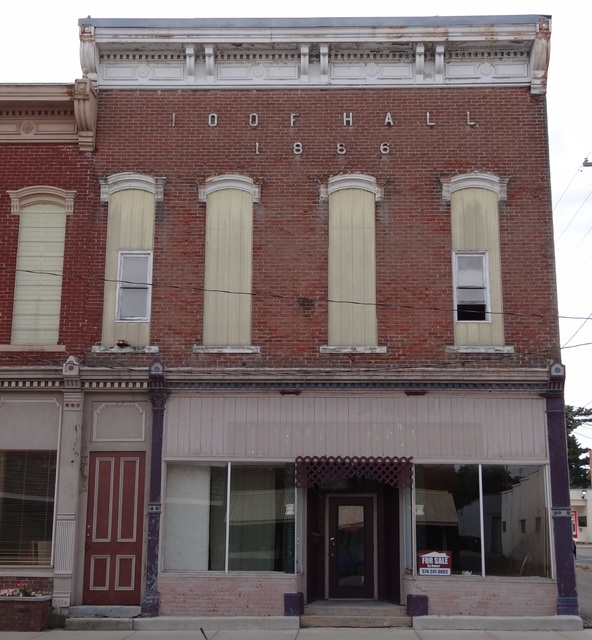 After briefly moving to a location I am unable to place (something called the Yarnell Building, which may have been on S Market Street), Mr. Howard moved his Palace Theatre to the Odd Fellows Hall (which was built in 1886) in August of 1913.

With the move, the name was changed to the Isis Theatre. A Mrs. J.B. Moon won the ‘name guessing’ contest in early September of that year.

After having been sold twice, the Isis Theatre was moved to its current home in 1936. The Odd Fellows Hall was vacant and for sale in 2015.