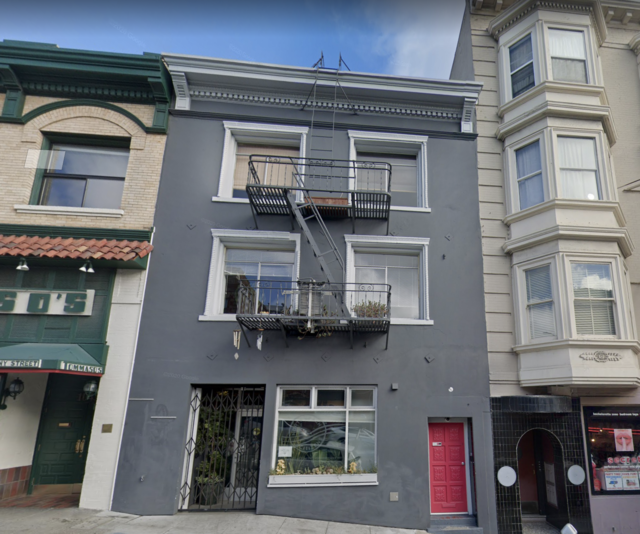 One of several adult movie theatres which operated in the North Beach District. Beatnik Bill Ramey and JoAnn Walker owned the Movie Cinema in 1957 running mostly foreign films. They sold it to Lou Sher of Art Guild Inc. in 1967 and moved to Santa Cruz to start the Nickelodeon Cinema. At the renamed North Beach Movie, ATC Inc. at first showed independent films and soon converted to silent 16mm adult softcore ‘beaver’ films, buying exclusive rights to one hour of 16mm reversal originals weekly from filmmakers George Holmes and Barbara Sullivan for 50 cents per foot. Two 35mm Simplex projectors were swapped for two WWII RCA 16mm projectors modified by Jim Elder of Santa Rosa to work in front of the old arc lights. ATG Inc. sold the cinema in the mid-1970’s to Tom Young of Mill Valley, originally from Columbus, OH, who operated the cinema into the 1980’s.

It was still open in January 2005. Since closing the building has housed the North Beach Citizen community group.