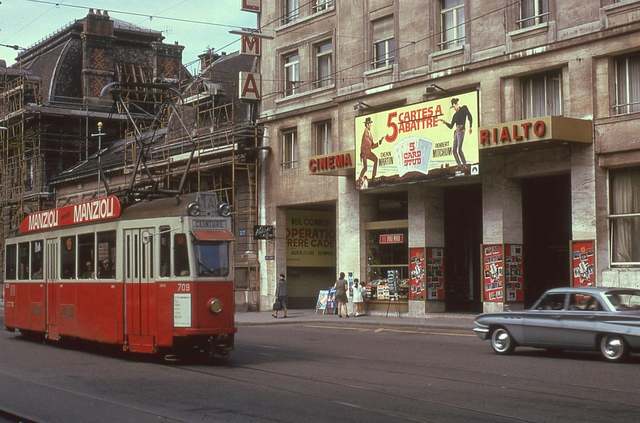 Open in 1931 with 1,247-seats, located near the Cornavin Rail Road Station, it became a multiplex with 7 screens. Operated by Pathe who directed the Pathe Rex and the Pathe Balexert. The Pathe Rialto was closed in January 2016.

Most of the programming in the early to mid-70s were spaghetti Westerns. As the public became more demanding the big screen was better used including Star Wars in the French version. The plexing was pretty good – sadly all the screens in the area – Central, Plaza, Broadway, Star are all gone and the only screens that I know of on this side of the river are the Pathe Balexert