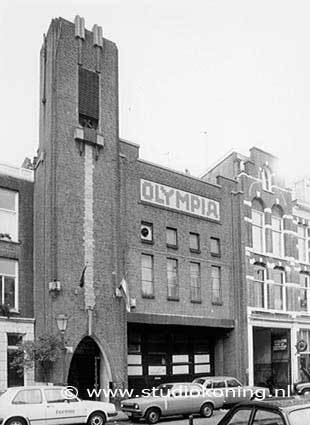 Cinema Olympia opened in December 1928 of the van Royen family. The building with 309 seats was converted from a horse stable by architect Th. Philippi . The first director was Bart Ottema, succeeded by several family members, until there was a German director during the war. In 1945 the Ottema family and director A.H. van der Linden returned to the cinema until it’s closure in August 1965. Olympia’s film screen initially had to be kept wet to make the screen translucent, as the film projector was behind the film screen. The cinema was nicknamed the plump!