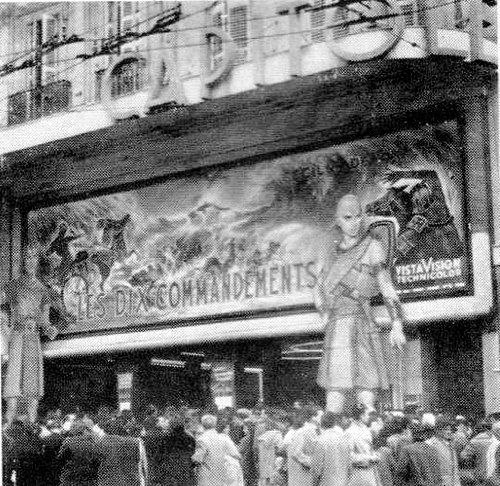 The Capitole Cinema Theatre was opened on 16th September 1926. This Art Deco style gem of a cinema was designed by architects Eugene Senes & Joseph Lajarrige. Seating inside the auditorium was provided for 2,500, located on orchestra and two balcony levels. On the top of the façade were three masks sculptured by Oscar Eichacker.

Around 1929 it was equipped to screen sound films. It was remodelled in the early-1960’s to the plans of architect M. Georges Peynet and the seating capacity was reduced to 1,200, loosing its 2nd balcony and original Art Deco style decoration. It was operated by U.G.C. It closed in 1976 and was demolished.

In 1976 the 9-screen UGC Capitole multiplex was built and opened on the site (It has its own page on Cinema Treasures).