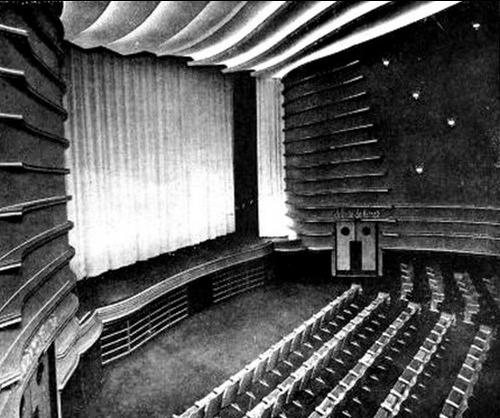 Located in a very narrow side street off Rue de la Republique. The La Scala was opened in September 1880 and was built as a cabaret & live theatre to the plans of architect Claude Guillet. Seating was provided in orchestra and 4 balcony levels. It screened its first movie in 1906. Between 1919 and 1924 it specialized in short films, usually comedies starring stars such as Charles Chaplin. Around 1930 it was equipped for talkies.

In 1970 the single-screen cinema was closed to be transformed into an 8-screen multiplex. It re-opened in 1974 with a screening of “Lacombe Lucien” directed by Louis Malle. The architects were Yannick Lecoq & Robert Solyom. It was operated by the UCG chain.

In 2006 it was taken over by Pathe/Gaumont and was re-named Pathe Cordeliers. It was closed in 2016 after over 100 years of screening movies.