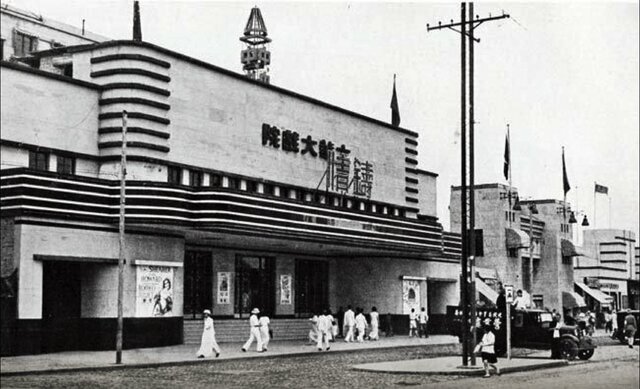 Located on the busiest street in Nanjing, capitol of east China’s, Jiangsu province. The Dahua Cinema was built in 1934 and had 1,300-seats in orchestra and balcony levels. It was closed in 1989 and stood unused for 15 years.

In 2004 the government renovated its exterior, but modernised its interior into a 6-screen multiplex.