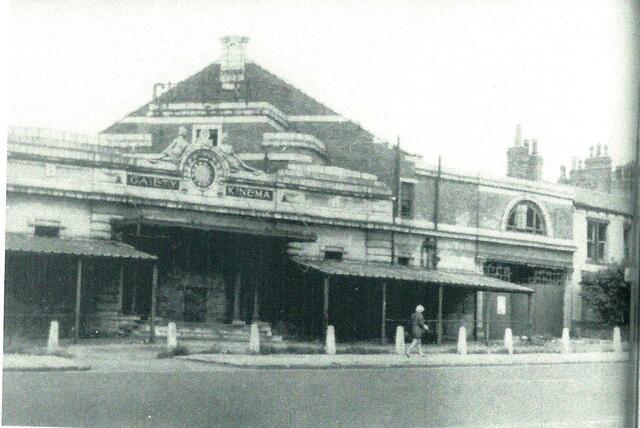 In the Harehills district of Leeds, the Gaiety Kinema opened on Wednesday 6th July 1921 with Matheson Lang & Ivor Novello in “Carnival”, apparently “the film of the century”. The opening ceremony was conducted by the Lord Mayor of Leeds, Councillor Albert Braithwaite.

There were 1,046 seats, and musical director Philip Jacobs led the Gaiety Saloon Orchestra. The cinema was owned by Potternewton Estates Ltd., headed by managing director Barnet Caverson. There were two shows daily, at 2.30pm and 6.30pm.

The Gaiety Kinema was taken over circa 1936 by Associated British Cinemas(ABC). At some time its seating capacity was reduced to 970 (the 1953 Kinematograph Year Book lists 961).

The Gaiety Cinema closed on Saturday 22nd February 1958 with “Woman in a Dressing Gown”, starring Yvonne Mitchell and Anthony Quayle.

The building was demolished and replaced by the appropriately-named Gaiety public house, which opened on 7th December 1972. However, that, too, has been demolished, and the Archway resource for 16-25 year olds was built on the site in 2001.