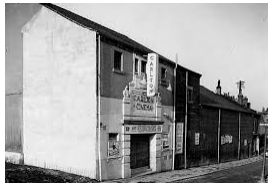 In the Little London district of Leeds, the Carlton Cinema opened on Monday 29th March 1920 with “A Tale of Two Cities”, starring William Farnum. There were 832 seats. The cinema was owned by London and General Theatres Ltd (Managing Director: Irving Webster).

There were two shows nightly, at 6.30pm and 8.30pm, and The Carlton Orchestra was under the direction of George A. Jackson.

The 1953 Kinematograph Year Book lists the proprietor as Associated Tower Cinemas, and, surprisingly, shows an increased seating capacity of 950.

The Carlton Cinema closed on Saturday 3rd April 1965 with John Leyton in “Everyday’s a Holiday”.

The building was demolished. Its site now forms part of the Inner Ring Road.

Uploaded two photos of the Carlton. It was known as a “Flea Pit”, a colorful English take on what we call “The Itch”.