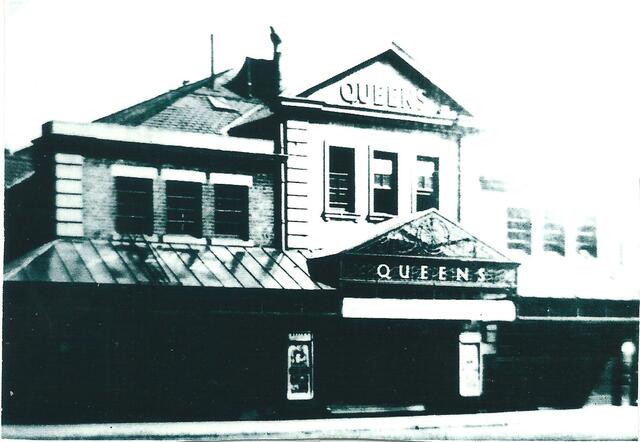 In the Walton district of Liverpool, the Queen’s Picture House opened shortly after gaining its Cinematograph Licence on 18th February 1913. It seated 1,200 patrons in a stadium-style auditorium, reduced to 960 circa 1930.

During the early-1920’s the cinema came under the ownership of Wirral Picturedromes Ltd. It mostly survived on second-run features, but it was able to book the first CinemaScope films due to a willingness to install the necessary equipment. Richard Burton in “The Robe” duly began on 24th January 1955 for six days, and CinemaScope films predominated for the next four years, prior to its closure.

The installation of CinemaScope was presumably when the frontage was heavily ‘modernised’ (in a rather bland manner!).

The final advertised CinemaScope film was “These Thousand Hills”, starring Don Murray, which ended a six day run on Saturday 20th June 1959. However, this cannot be confirmed as the closing date, since press advertising only covered the Fox CinemaScope films.

After closure, the building was occupied by the Queen’s Social Club. Some time later, the front was converted for use as a post office, then a general store, which was vacated during the 1970’s. The building was demolished in 1980.