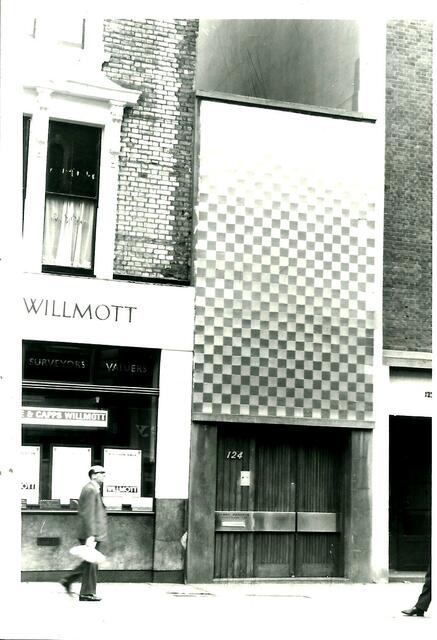 Located directly across the street from the entrance to Ladbroke Grove Underground (tube) Station. The Ladbroke Hall was originally a concert hall. It became a dance hall, then was (apparently) the first cinema in North Kensington, opening in 1903 or 1904. Still operating as a cinema in 1914 it was operated by a man named Yarmouth Dunn, named such as in the summer, he was the pianist for Pierrot shows in Great Yarmouth. The Ladbroke Hall had closed by 1927 and in February 1929 the Royalty Cinema was opened around the corner on Lancaster Road (possibly on the site of the auditorium of the Ladbroke Hall?).

The very narrow front entrance of the Ladbroke Hall was still standing in the 1970’s when it had been covered by modern cladding. Since demolished, housing has been built on the site of the entrance.