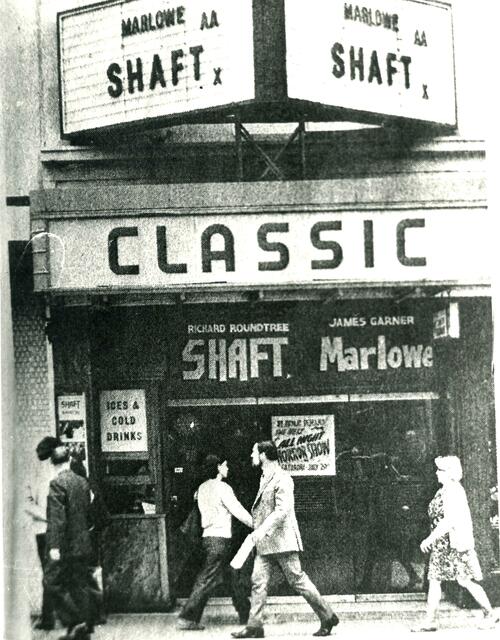 Situated in Portsmouth city centre, the Cinenews opened on 14th September 1936. It was owned by Capital & Provincial News Theatres Ltd. and had 458 seats, with 296 in the stalls and 162 in the balcony. There was also space for 50 patrons standing at the rear of the stalls.

In February 1937 a 16mm projector was installed alongside the 35mm equipment.

From 11th May 1937 the Cinenews was renamed Classic. The operating licence was transferred to Unique Cinemas Ltd, although the cinema remained in Capital & Provincial’s ownership.

By December 1942 the seating capacity had slightly increased, to 463, possibly utilising some of the space previously used for standing.

On 29th January 1959 the cinema was renamed Portsmouth Cartoon Cinema. However, it soon returned to a more ‘adult’ programming policy as the Classic Cinema.

The Classic Cinema closed on Sunday 6th August 1972, on expiry of its lease, with a special double bill (reflecting the city’s maritime history) of “The Cruel Sea”, starring Jack Hawkins and Donald Sinden, and Wilfred Brambell and David Lodge in “San Ferry Ann”.

The front of the cinema was converted into shop premises for an extension of Saqui and Lawrence, jewellers, but the whole building was due to be demolished in 1974.

Demolition had occurred by 1988 when the site had become one of the entrances to the Cascades shopping centre.