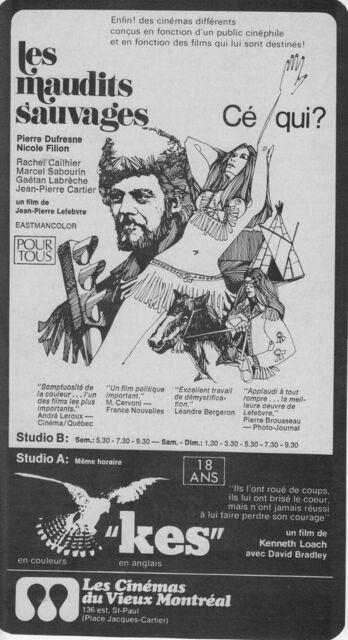 This theater was in operation at least in the early-1970’s.

This opened as the Cinémas Du Vieux Montréal with two cinemas called Studio A and B showing art movies in French on October 29th, 1971. It became the Encore cinemas on October 18th with one cinema becoming the first male adult cinema in Quebec on October 18th, 1974. It reopened as Babette et Bridgette showing adult movies on April 18th, 1975. Closed later in the year. 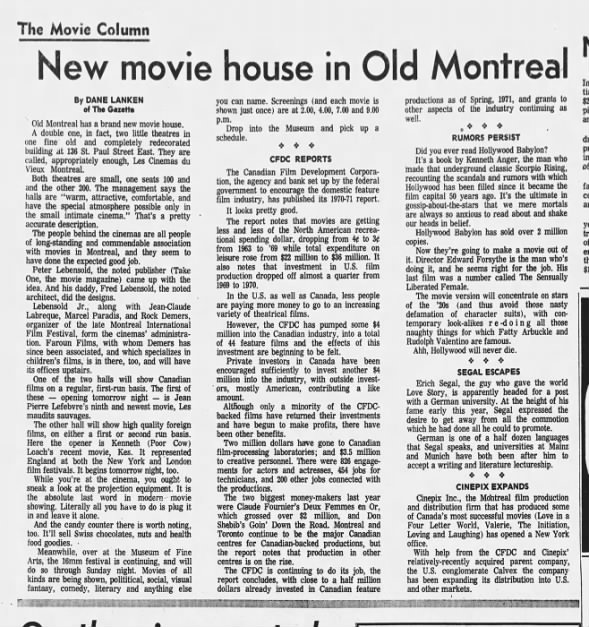 They tried a club