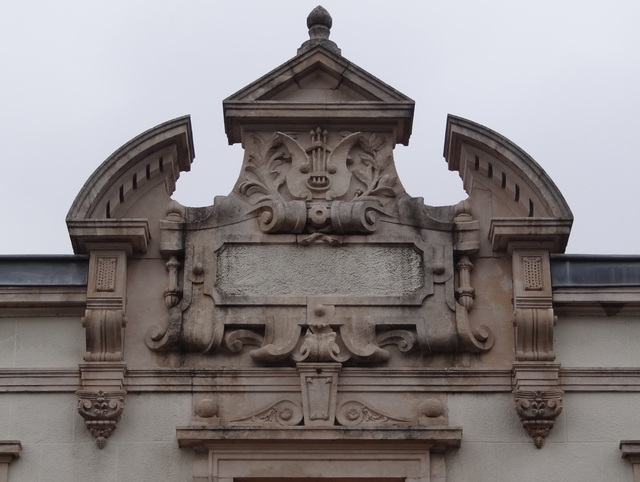 This theatre was located on the peripheral road outside the walls of the old town. It is unclear when it was built, but appears to date from sometime around 1860-1870.

Originally called the Casino, it was used for plays and other live performances. Under the ownership of a Mme Gilloux, it began to be used as a cinema. In 1913, it was sold to the chocolate company Poulain, and renamed the Familia. Patrons holding coupons from Poulain products paid half price.

Under Poulain ownership, the theatre still hosted balls, banquets, etc. The theatre was destroyed by fire in 1919, but at least the majority of the façade remained.

The theatre must have been rebuilt shortly afterward, as it remained in operation until its sale to M. Poilloux, a former jeweller from St. Etienne, in 1926. Sometime later, it was sold to André Daudel.

Under Mr. Daudel’s ownership, the theatre was renamed the Vox in 1953, and an extensive remodelling of the auditorium and projection booth made it the most modern theatre in the area. After a lease dispute that went into litigation, Daudel was forced to vacate in 1967. Sometime after this, the building was converted to a barrel makers.

In 1998, it was sold again, and became a conference space, bistro, and guest house. Much of the original façade remains, including the original entry arch, decorated with musical instruments. The roofline has been dramatically lowered, possibly after the 1919 fire, and the ‘Casino’ name (which remained at least into the Familia renaming) has been chiselled off.