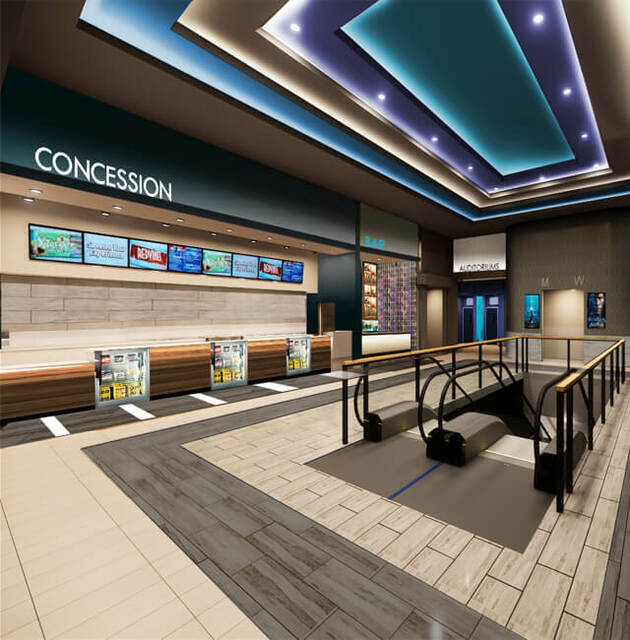 George Krikorian calls his newest theater LexLive, without his signature name, and opened it March 11, 2021, across from the Rupp arena in downtown Lexington. The Lexington Herald Leader noted the theater had been in the planning stages since 2014 and weathered various setbacks since the ground breaking in 2018. It was ready to open in 2020 but because of Covid-19 the opening was delayed again.

Other attractions in the 90,000 square-foot center are 13 lanes of bowling, a restaurant seating 500, sports bar with 16’ x 9’ video walls, arcade and a stage for live performances. For more quiet gatherings there is the Corner Bar and rooms for private events. Not only for movies, LexLive will also present live sporting events, concerts, plays, operas and simulcasts.

First known as a real estate developer and now a horse owner, Mr. Krikorian became a theater operator in June 1984. He opened the Peninsula 6 in Rolling Hills Estates, California and then other locations in Southern California, which reached 100 screens. These theaters were sold to Regal Cinemas in 1996 after which he started a new chain. This new chain was later sold, one to Cinepolis in 2016 and others to Studio Movie Grill in 2017. Krikorian Premiere Theatres other locations are in Buena Park and Menifee, California.