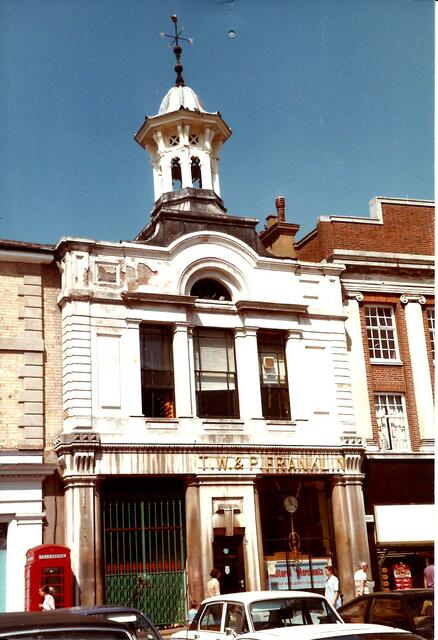 In Hitchin, Hertfordshire, the Playhouse opened on Saturday 4th October 1913. Built for the Hitchin Amusement Company, the cinema had a narrow entrance next to the Corn Exchange on the busy Market Place, with patrons passing down a 70ft by 10ft corridor to reach the octagonal-shaped foyer, behind which was the auditorium, with stalls and balcony.

Early in 1935 it was renamed the Regal Cinema and, in the October a British Thomson Houston(BTH) sound system was installed.

Despite this expenditure, the Regal Cinema closed on 1st March 1937, supposedly for further alterations, but it never re-opened.

Presumably the auditorium has been demolished. After a variety of uses, the building fronting the Market Place, with the corridor alongside, was converted into a Pitcher and Piano pub.