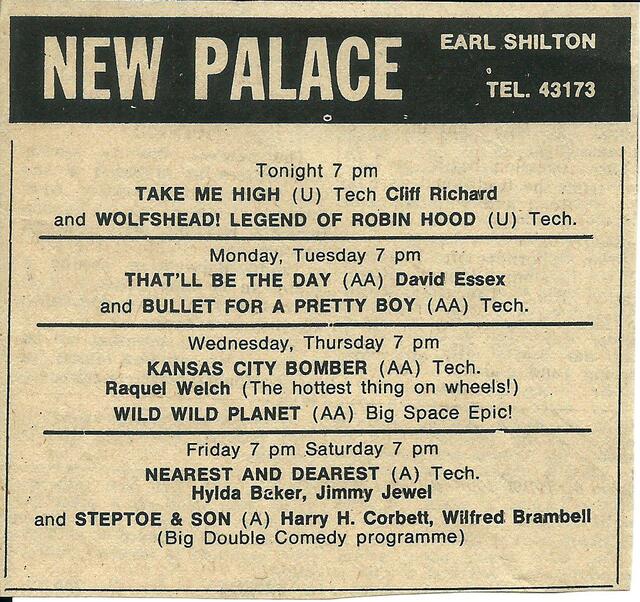 In Earl Shilton, near Hinckley, Leicestershire, this small town’s only cinema was a conversion of a roller skating rink that had opened in 1910. Just two years later, it became the Electric Palace, with seats for 530. It was owned by Cooper Cinemas Ltd., the proprietor and resident manager being H. S. Cooper.

The building was somewhat basic, being of corrugated iron construction. Even after major refurbishment, it retained its corrugated iron roof. The proscenium was 22ft wide.

The pianist the the early days was Gerald Mark Coe, son of the Leicestershire cricketeer Sam Coe.

In an unusual move, the earlier skating rink was kept ‘alive’ by the construction of an outside rink adjacent to the cinema.

After an AWH sound was installed in 1930, Mrs Cooper apparently sat at the back to operate it, turning it up, especially, when it rained! It is assumed that this was when the major refurbishment took place; the cinema’s name was certainly shortened to just the Palace Cinema at this time.

CinemaScope was installed in the 1950’s.

Presumably because it was a family-owned, independent, cinema, with relatively low overheads, it managed to survive until 1973.

(The cinema is listed in the Kinematograph Year Books, until they ceased publication in 1971, as the Palace Cinema. However, a newspaper advert for its final year of trading is headed New Palace Cinema. Perhaps it got another modernisation/refurbishment when CinemaScope was installed, and no one told the KYB about the name change?)

The building is believed to have been used as a warehouse before being demolished.