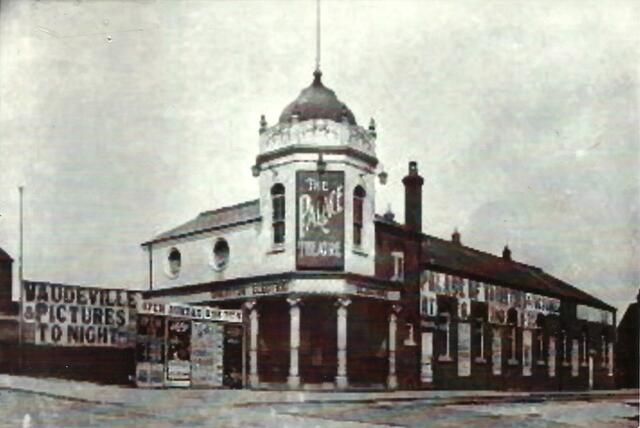 In the Cheriton district of Folkestone, the Cheriton Electric Hall opened on 8th August 1911 at the junction of Cheriton High Street and Chilham Road. The building had an imposing tower over the entrance, topped with a dome.

It was designed as a purpose built cinema, with a wide range of other entertainments in mind, and presented variety shows and the likes of boxing and wrestling. In the 1920’s it was re-named Palace Theatre, presenting vaudeville & pictures.

This eclectic mix of entertainment offerings came to an early close, in May 1924. After closing it became a warehouse.

Thereafter, part of the premises served as Headleys (grocers) until 1950, after which the building was demolished. By the late-1980’s a Jet petrol station stood on the site, which is presumed to be the space occupied, since before June 2019, by Tyre-Fix garage.