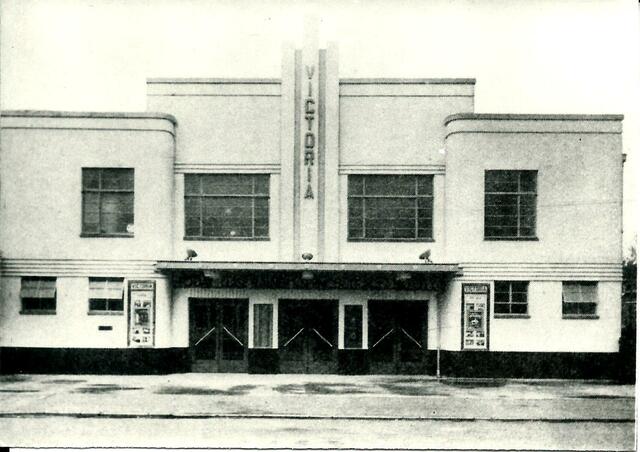 In the seaside town of Mablethorpe, Lincolnshire, the Victoria Pavilion was constructed around 1890. By 1907 it had become the Victoria Theatre, and it is said that Fred Clements presented the first Cinematograph shows here.

Surprisingly, there are no entries in the Kinematograph Year Books for this cinema until at least 1932. It was wired for sound, a British Thomson-Houston(BTH) system and, at that time, it was owned by A. H. Moore. A photograph shows this as the Victoria Cinema, and also prominently proclaims ‘TALKIES’ high on the frontage, but it is unclear when it actually acquired that name.

This was still a very basic building. In the early to mid-1930’s it was extensively modernised, with a new, streamlined frontage added. In 1935, still owned by A. H. Moore, the ‘new’ Victoria Cinema had 750 seats and a proscenium that was 24ft wide.

Sadly, the Victoria Cinema was destroyed during a bombing raid in 1943.

The site was cleared in 1948. It is now occupied by Grayscroft Coaches.