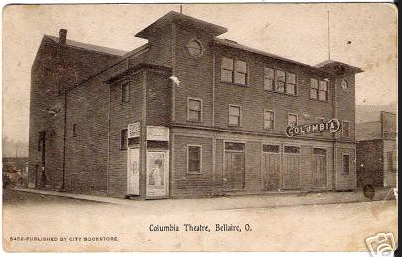 The Columbia began as a theatre and opera house in the late-1800’s. By 1909 it was also screening films. Spragg Amusement Co. acquired it in 1910 as part of their expansion into motion picture exhibition.

The Columbia Theatre was destroyed by fire, presumably prior to 1914/1915 since it didn’t appear in the Motion Picture Directory for that period.