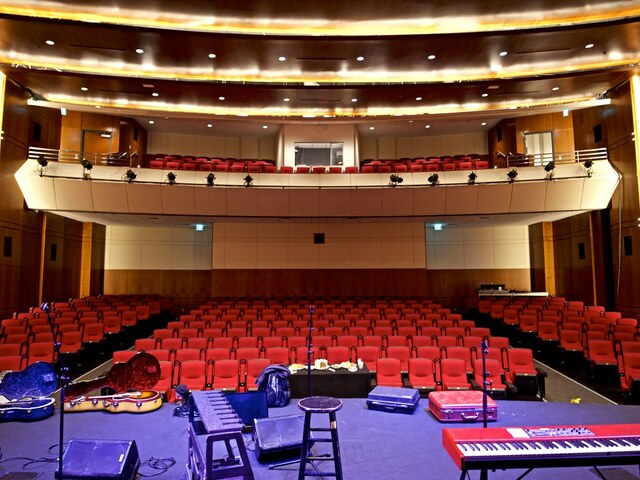 The Ron Robinson Theater is a 315-seat multi-purpose event venue. Part of the Central Arkansas Library System’s (CALS) Main Library campus, it is designed to provide programs for all ages including films, music performances, plays, readings, lectures, speakers, and children’s activities. The theater is equipped with a state-of-the-art DCI-compliant Barco digital cinema projection system and 32′ wide retractable screen; and, a versatile sound system capable of Dolby 7.1 surround audio for movies, with a CL3 digital mixing console with ample inputs for traditional music concerts.

The Ron Robinson Theater features film classics new and old such as “Back to the Future”, “Alien”, “Close Encounters of the Third Kind”, “2001: A Space Odyssey”, “The Rocky Horror Picture Show”, and much more! Every Tuesday is “Terror Tuesdays” where we flicker horror “B” movies onto the silver screen.