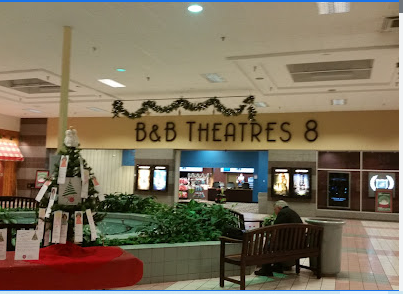 Operated by B&B Theatres, the Village 8, located in Village Square Mall, became listed in International Motion Picture Almanac 2000. The Dodge City Daily Globe remembers the theatre as being built inside the mall in a closed Woolworth store.

B&B Theatres noted in 2022 they are the fifth largest theatre chain in North America and operate 513 screens at 55 locations in 14 states.

B&B Theatres history from the Chanute Tribune, August 2006: “Sterling Bagby joined Bills Theatre in 1936 as a concession operator. Following WWII, Bagby and his wife, Pauline, formed their own theater company, the Bagby Traveling Picture Show, which led to a group of indoor and drive-in theaters".