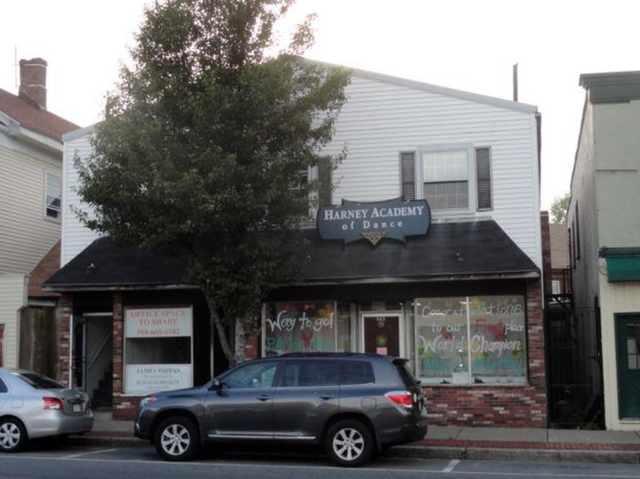 Operating prior to 1914, the Elite Theatre is a lost movie theatre in Walpole, Massachusetts. It was still open in 1957.

There is a MGM Theatre Photograph and Report form for the Elite Theatre in Walpole. There is an exterior photo dated May 1941, The theatre was a free-standing building 2 stories high. The sides appear to be of wood-frame construction. There is a marquee proclaiming “Elite Theatre” with a small verticle sign above. Large poster cases are on either side of 2 double doors. The Report says that the Elite is at 945 Main St. in Walpole. It has been a MGM customer for over 10 years and is over 15 years old. The condition is Fair. The seating was given as 360 on the main floor and 98 in the balcony, but someone crossed out those figures and wrote in a total of 430 seats. There were no competing theatres in Walpole and the 1940 population was 7,400. In the 1927 Film Daily Yearbook, the Elite was listed as havingt 500 seats and being open 4 days per week.

In addition to the Elite, the 1927 FDY lists one other film venue in Walpole, Bird’s Hall, with 200 seats.