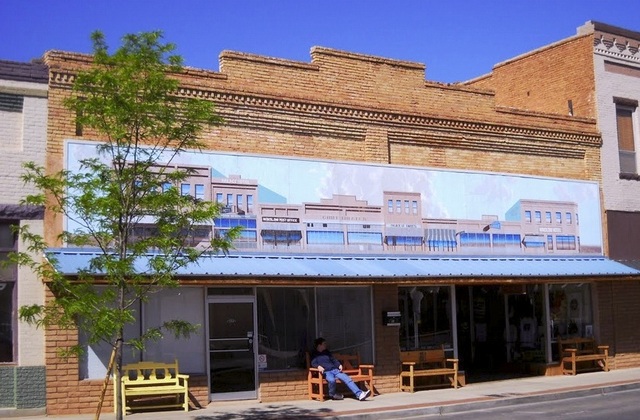 The Chief Theatre was a small family owned theatre on E. Second Street. It opened on May 26, 1939 with John Garfield in “They Made Me a Criminal”. By 1950 it was operated by the Harry L. Nace Theatres chain. It closed as a theatre in the 1952 following a fire, the front part of the building later reopened as first a dress shop then later possibly as a travel agency. The building is still there. Current use unknown.

The Chief Theatre was unusual in that its entrance or lobby was a newstand/candystore. You purchased your tickets there and then went through an entrance at the rear of the store into the auditorium which had a small balcony. I have heard that the auditorium or part of it may still exist in the back of the current store site.

I don’t believe it ever showed first run movies and catered to kids or high school audiences showing B westerns and action movies. If anyone out there has better details, pictures, etc., I would love to hear from them.

I welcome any feedback, info, etc., on this or two other old theatres in Winslow - the Rialto, and the Acme.