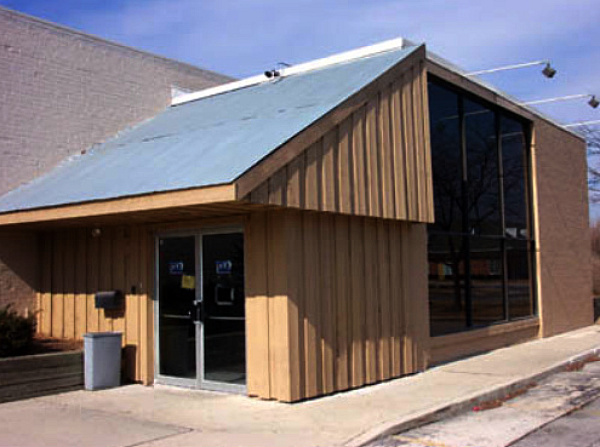 This quad was located at the Hawthorn Center Mall in Vernon Hills and was opened by Plitt Theatres on December 18, 1977. It was later run by Cineplex Odeon who closed it in July 1998. It was converted into a nightclub which operated for a couple of years. The former theater building was demolished in 2001 and replaced by a “big box”-style Babies-R-Us store.

Wow! How times change. I went on countless dates to this theater starting in 1980 (The Blues Brothers) and into the mid 80’s and now, it’s gone.

Wait, I just remembered seeing Star Wars at this theater on Christmas night 1977 with my family.

This was one of at least four 1970s multi-screen theaters designed for Plitt Theatres by the Chicago architectural firm of Finck, Stowell & Frolichstein. The others were:

The Hawthorn and Fox Valley opened simultaneously on December 18, 1977. They closed in July 1998.

Saw so many great films here. Alien, E.T., 1941, Return of the Jedi on opening day, Temple of Doom, Ordinary People, Twilight Zone: The Movie… even Battlestar Galactica in sensurround!

And Poltergeist. Can’t forget that. Many a time did I meet friends here. It was definitely a place to be. It had a really long concession stand that covered almost the whole front foyer. There was also a small video game arcade on the west side of the foyer.

And the decor was brown and maroon. Lots of dark red, the curtains in particular.