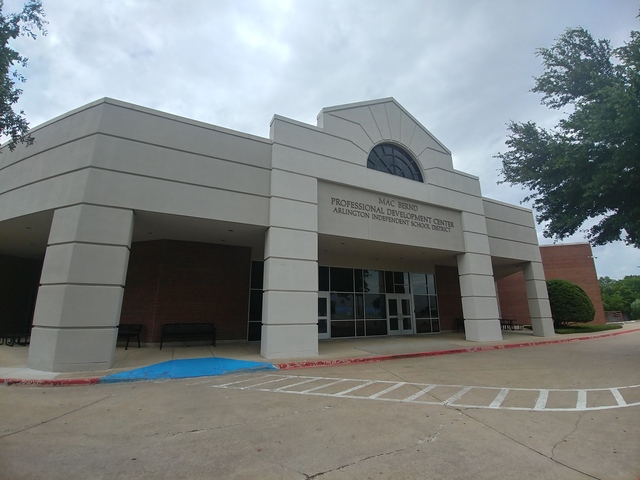 Opened December 12, 1986 by GCC with eight screens, seating a little over 1,800. The front of the building was a red brick with squared white columns along the front of the theatre with a large portico over it. The front over the box office came to a point and had the GCC emblem on it and two attractions panels flat against the building on each side.

A square box office in the middle with entrance doors on each side led to a large lobby. The concession area was on the left when you enter. Most of the lobby floor was in a red squared ceramic tile and the carpeted area was in a green/blue carpet. The theatre was closed by GCC October 5, 2000.

Thanks, Bob! (best supervisor I ever had, folks)

Is AMC paying out on GCC pensions? I figured some day I’d get enough to buy a cup of coffee each month.

Hope you are well!

Given your taste for Starbucks instead of A&P, I’m not sure you’d get enough for one cup a day….maybe one every 2.3879 days! And the answer to your question is “Yes”. Contact me sometime ().

The General Cinema theater opened December 12, 1986 as the Arlington Park Square 8. But the building of the Arlington Park Mall was slowed by inability to get tenants signed on quickly and wasn’t even approved by the Arlington City Council until 1987. By the time the mall opened in 1988, the project was changed to “The Parks at Arlington” as “mall” was already becoming something of an overused term and sometimes had negative connotations. So unlike the GCC Seminary, GCC Town East, and GCC Valley View – the previous Homart shopping complexes with GCC cinemas carrying the moniker of the centers they adjoined or were in and opening at about the same time as those facilities – GCC’s Arlington Park didn’t jive with the new name of the mall. And GCC had to await the traffic from that new mall for more than a year.

But the theater did well with competition coming exit by exit to the west with the UA Bowen and the AMC Green Oaks. With the Parks opening in 1988, the theater thrived. The theater was not far on foot from the Foley’s (which became Macy’s) northeast exit door though driving was far safer. Even when the megaplex boom hit in 1994/6, dooming General Cinema’s multiplex business model, nobody was building a megaplex in south Arlington. United Artists was going to convert its aging/dying UA Bowen to a multiplex but the circuit ran into financial issues and the project never happened. GCC’s Arlington Square looked safe as it approached honoring its original 15-year lease. That would not happen as in 1999 AMC announced a megaplex to be housed inside of the Parks at Arlington to open in 2002 and General Cinemas ran into severe financial issues.

On October 5th, 2000, General Cinema shut theaters all over the country taking down all of Tarrant Country’s remaining locations including the Arlington Park Square, as well as Fort Worth’s Ridgmar Square and Bedford’s Central Park. Though the Central Park and Ridgmar would re-open under different ownership, the Arlington Park Square’s movie days were over as the theater sat vacant with nobody wanting to take on the AMC Parks using the aged facility with fairly limited parking. Finally the Arlington Independent School District took over the facility making it home to its Arlington Professional Development Center which was still functioning in to the mid-2010s.

The first films were Top Gun, Three Amigos, Name of the Rose and Stand By Me all released in 1986 and General Cinema didn’t announce its lease agreement on the property until March of 1986 so that pretty much leaves out the other two suggested opening dates. Grand opening ad of 12 December 1986 posted to clarify. But the date discrepancies are why I started provided information about theaters in my area so agree with the point. As for the closing of the theater as AMC v. GCC, the 5 October 2000 date is more than a year prior to the AMC buyout of GCC on 8 December 2001. Definitely a GCC property from open to close.

Michael, I see that you are still tilting at the CT windmill. I wish everyone was as careful with their postings as you are and had your high standards for accuracy. I wish you well my friend, but trust me when I say that there are enough errors, mistakes, (including some of mine although done with good intentions) and careless clutter on CT to bury you and a hundred more like you. Good luck with your never ending quest.

As for you Dallas, I have enjoyed reading all of your well writen posts on Dallas area theatres. I wish that we had someone like you doing the same thing for the Atlanta area. I do the best I can with the ones I know about, but Michael still has to keep an eye on me.

As for this theatre, I am interested in the first post by scheifler. The description of the layout matches exactly that of the Merchants Walk 8 which was opened in the Atlanta area. (Marietta is the city although it is in unincorporated Cobb County.) To add weight to your opening date here, Merchants Walk opened in October 1986, and one of its opening features was also Top Gun.

I wonder if Merchants Walk was the copied blueprint mentioned or perhaps they used it for this location if they had the rights to it. For what it is worth, I never cared for the V shape since it resulted in two projection booths. There is a picture of the Merchants Walk on its page: http://cinematreasures.org/theaters/14884

Thank you, Stan. I’m glad you see value in accurate information. I can’t understand why, but striving for accuracy and excellence seems to be a sour subject for a lot of Cinema Treasures members.

dallasmovietheaters…I want to echo Stan Malone’s sentiments that I enjoy reading your comments. They are well-researched and a joy to read. If only every theater page here had similar comments!

As for the grand-opening date for the Arlington Park Square 8, I knew it was only a matter of time before the CT editor came along and deleted my comment and revised the overview to, insultingly, make it appear the original contributor had it right from the get-go. Am I the only one who thinks this editorial policy needs to be reconsidered?

“As for the grand-opening date for the Arlington Park Square 8, I knew it was only a matter of time before the CT editor came along and deleted my comment and revised the overview to, insultingly, make it appear the original contributor had it right from the get-go. Am I the only one who thinks this editorial policy needs to be reconsidered?”

Michael, I certainly agree with your last paragraph in you comment of 3/17. I think that it is fine for the editor to correct bad information in the introduction, but some kind of notation along the lines of “Editor’s Note” should be used to show it was added later. There are pages where I have spotted an error in the introduction and written a comment correcting it. Later, an editor has come by and incorporated my information in the introduction, just as was done here. At least they deleted your comment. On some of mine, they left my comment intact making it look as if I was correcting something that was the same as what I was writing.

Also, I think that whenever they change the text of someones writing, such as with the introduction of this page, they should delete the name of the person who first wrote the intro. After all, although that is not the case here, who is to say that the information that was added was correct? Maybe the original post was correct and changing it amounted to hanging incorrect information on someones name.

Another problem along these lines is the practice of deleting posts without any type of notation such as “Post Deleted By Editor” or “Post Deleted By Member.” In my post above, I refer to the first post by scheifler where the wrong opening date was mentioned. It also made mention of a late change in the layout due to copyright problems with the blueprints. This entire post was removed by the editor which caused the second post by scheifler to now be the first one and it has nothing to do with what I was talking about. There are many pages on CT (and not just involving me) where people have commented on photos, links, or information contained in comments that no longer exist.

Dallas, I have never seen any of these theatres, but I did work for GCC for many years in Atlanta. I find your writing very interesting since it in many ways matches events that were taking place in Atlanta at the same general time. Keep up the good work. It is information such as this that make CT such an interesting forum for those of us who worked in theatres.

All good points, Stan. As well, I’d like to see a time & date stamp for the intro/overview for page creation and any subsequent updates.