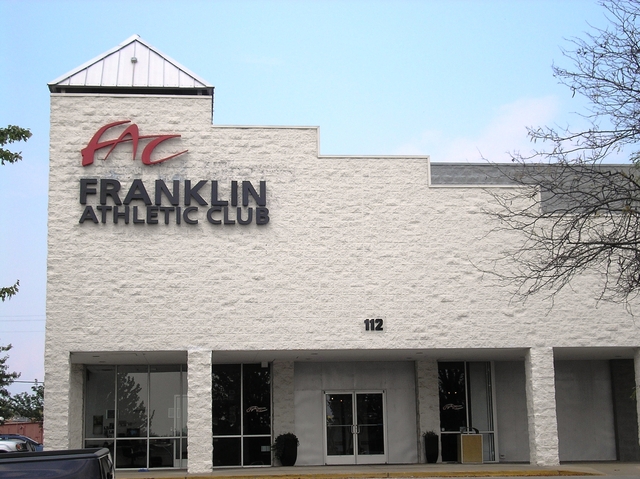 The Rand Cinema 10 Theatres was opened by the Rand Theatres chain on June 23, 1989. It closed October 29, 1989 when the chain became bankrupt. It reopened January 29, 1993 as a discount theatre by O'Neil Theatres. It closed four years later.

This sat empty for years until a fitness center (World Gym? Gold’s?) finally occupied the space. Three decent theaters within a few miles of one another closed from 1998-2000, probably due to the opening of Thoroughbred.

Here are a couple of recent photos of the former Watson Glen Cinema.

The Franklin Cinema 10 was one of many planned Rand Theatres Circuit for Tennessee as the Arkansas-based circuit tried to quickly expand from 100 screens largely in Arkansas to Texas, New Mexico and Florida. Like many locations, it was tucked away behind a shopping center, the Watson Glen, which obscured the location and had nondescript architecture by Rand’s in-house staff. It launched in June of 1989 for Rand.

The Franklin Cinema 10 (or 2 if one really wanted to push truth in advertising) represented the Rand’s last gasp and possibly first of many lawsuits and assorted legal problems for the Rand family. The Gordon family had opened the sub-run discount Franklin Cinema in October of 1987 in Franklin. When Rand Theatres announced its new 10-plex in 1988, its proposed name was the Rand Franklin Cinema 10 leading to an injunction. But this was a small-time problem for the Rands whose creative movie business practices would get national attention in the Wall Street Journal and lead to imprisonment for the family.

That said, the Rands do have to take credit for getting the doors unlocked on the Franklin Cinema 10. The Franklin wasn’t actually completed but the Rands needed cash flow and needed it fast. So with two auditoriums completed, the 10-plex opened in June of 1989 anyway leading to the Gordon’s suit. The Rands didn’t want the publicity and quickly changed the name to the Rand Cinema 10 Theatres to end the lawsuit and despite still just having two screens functional. Blaming construction delays, Rand negotiated to operate rent free into October until all screens were operational.

For the Rands, that day would never come as the State of Tennessee padlocked the doors of the two-screen ten-plex on October 25, 1989 due to lack of paying state taxes. The only other open Rand in Tennessee in Clarksville was similarly padlocked. Unfortunately, it took two additional months for the feds to close out the Texas and Arkansas locations. But by 1990, the Rand Circuit was out of business with assets auctioned off with all other Rand locations under construction halted.

The Louisiana-based O'Neill Circuit would finish out the Rand Cinema 10 opening as a first-run theatre on June 1, 1990 renaming it the Watson Glen Cinema 10. The main problem was that the theatre was a dog as were the other Rand locations so O'Neill demoted the theatre to sub-run discount status in January of 1993. It fared poorly and the theatre was mercifully closed about a third of the way into its leasing period in 1997.