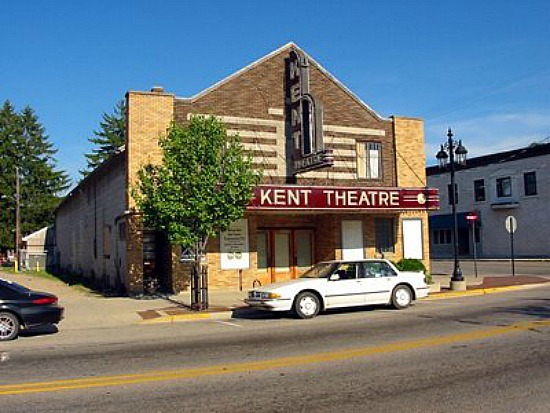 The Kent Theatre began its life as the Hubbard Opera House in downtown Cedar Springs, Michigan. The building was constructed in the late 1880’s and was the sight of various community functions as well as traveling shows and other forms of entertainment.

It became a movie theater in the 1920’s and was known as the Emprise Theater. Early in the 1930’s, local businessman Morris Frank purchased it, added a new brick facade and neon-lighted marquee, upgraded the projection equipment and changed the name to the Kent Theatre.

The Kent closed its doors in the mid-1970’s when then-owners John and Charlotte Rogalewski made the decision that the business was losing ground to the newer, more modern cinaplexes in Grand Rapids.

Here is an event that was held at the Kent last October:
http://tinyurl.com/cw334u

Here is another photo:
http://tinyurl.com/y3x43d7