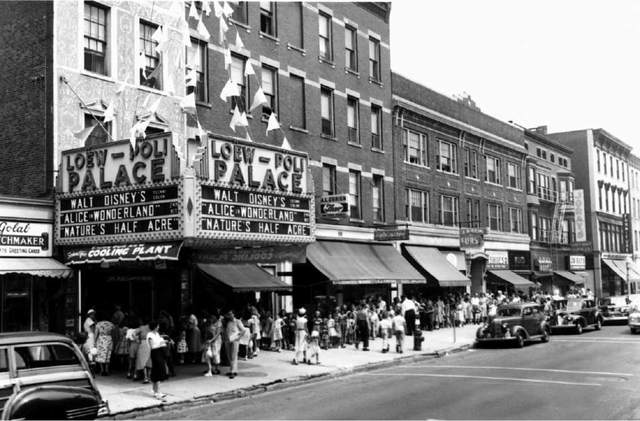 The Community Playhouse was built as a live theatre in 1921 and was designed by New York based architect Arland W. Johnson. All seating (over 1,700) was on a single floor. On August 11, 1924 it opened as a movie theatre, renamed Poli’s Palace Theatre with Gloria Swanson in “Manhandled”. By around 1929 it was equipped for sound movies and had been renamed Poli Palace Theatre. It was taken over by Loew’s-Poli and was renamed Loew-Poli Palace Theatre. It was closed on June 5, 1960. It reopened sporadically and often was used for movies, but finally closed in 1962.

It was the finest of the “classic” theatres in Meriden, CT, to have been demolished. I don’t recall that much about it, as my one and only visit there was in 1962 to see Sean Connery in “Dr. No”. I remember the place was very ornate, cavernous. The ceiling had a circular opening and some sort of chandelier or blue lights in the form of stars.

On December 4, 1963 it was reopened as the Fine Arts Theatre, screening art house movies, but suddenly closed on March 3, 1964. It was demolished in 1967. The lot has remained vacant for over 50 years!

If you look down Main Street on the left, you will see the marquee of what I believe was the Palace in 1948:
http://tinyurl.com/ketn5

In response to the posting above from “ken mc,” I believe that view is of Meriden, CT, looking EAST on Main Street toward City Hall, and that the movie theater marquee is of the POLI Theater. My grandmother, who lived to be 101 years old and who passed away a few months before 9/11, told me she used to go to that theater when she was a kid, and saw vaudeville acts there. She said it had at least two balconies. For those who live in Meriden, the estimated former location of the POLI is directly across from the 1968/69 era former Central Bank for Savings, on what used to be known as “Parcel 8.” Unfortunate that Meriden, which was named as the nation’s “Ideal War Community” during WWII is now a location where everything USED to be. Very sad.

It is possible that the Palace and the Poli are the same theater. S.Z. Poli once operated a chain of the theaters in Connecticut and Massachusetts, many of which were named “Palace;” many were Thomas Lamb designs.

The Palace got one more chance at cinematic operation under the New Fine Arts management as the Fine Arts Theatre beginning December 4, 1963 with “8 ½.” The Fine Arts closed abruptly and unsuccessfully three months later on March 3, 1964 after a double feature of “Cry of Battle” and “Billy Budd” supported by shorts. The operators also stuck the city with a bad check for $200 and moved on to parts unknown. That was it for the former Palace which was demolished in 1967. The demolition led to a lawsuit and the proposed use of the site which led to the razing never transpired 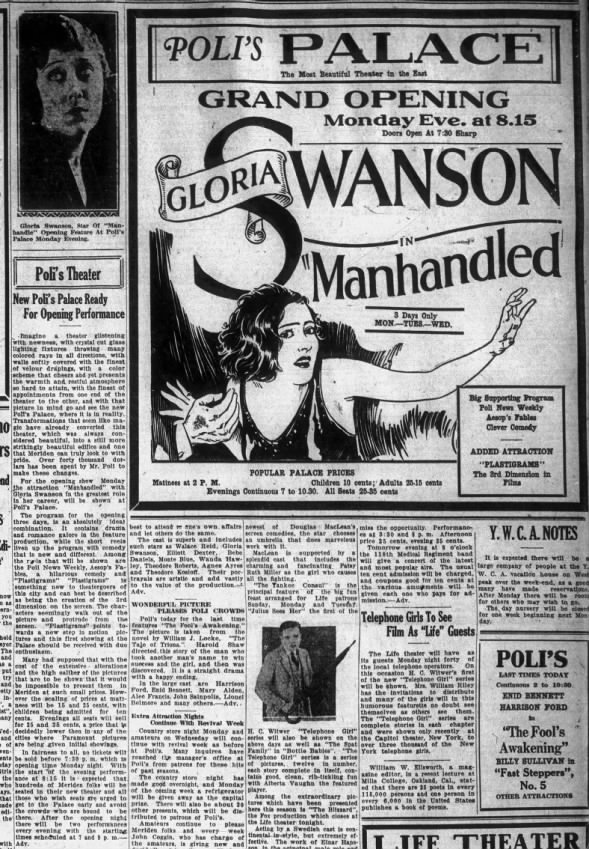 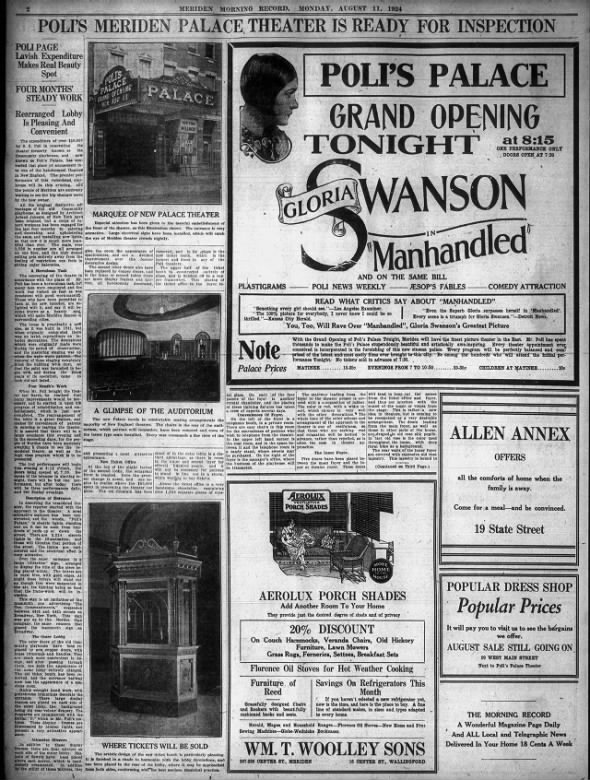