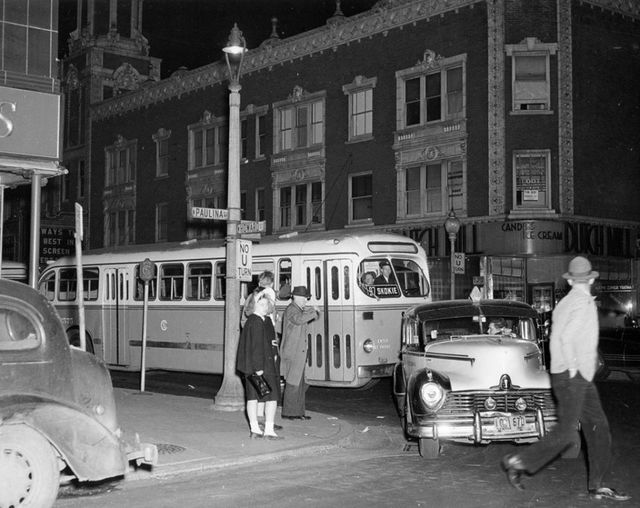 Ridership on the NILES CENTER ‘L’ (which began service 23 years earlier on March 28, 1925) never met up to expectations (mainly due to the Depression) and the newly-created CTA was looking to replace rail service with a bus operation. The opportunity (excuse (?)) for the bus substitution came when a strike against the North Shore Line (which owned the rail line) shut down operations. Interestingly enough, while rail service returned to Skokie on April 20, 1964 (in the form of the SKOKIE SWIFE (today’s YELLOW LINE), the bus route has remained in-service to this date. Thus, CTA (and predecessor CRT) have been providing (rail and/or bus) transit service to the residents of Skokie/Niles Center since the opening of the NILES CENTER ‘L’ since March 28, 1925."