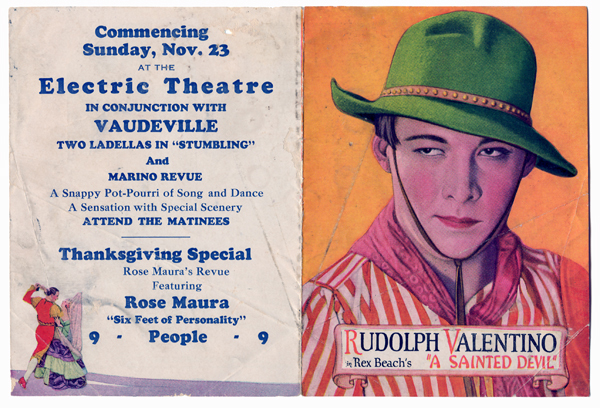 This handbill came from my maternal grandmother’s belongings. It’s a handbill promoting Rudolph Valentino’s, “A Sainted Devil”. I am assuming she obtained it at the Electric Theatre in Joplin, Missouri. She lived in nearby Galena, Kansas.

Joe Vogel commented about Electric Theatre Joplin Valention Cover on Feb 23, 2012 at 1:44 am